It is now known that our splendid country has pearls of rare beauty scattered everywhere: one of these is Friuli Venezia Giulia, a land rich in nature, sea and cities. Furthermore, among all the Italian regions this has always been a ” land of passage “, subject to migration and conflicts. This meant that the local populations gave life to settlements, which over the years have become magnificent villages.

it was founded by Julius Caesar with the name of Forum Iulii, hence the name Friuli, in 568 AD. The city preserves Lombard testimonies such as the Tempietto , one of the most extraordinary and mysterious western high-medieval architecture. Other treasures are kept in the two city museums, while the National Archaeological Museum exhibits the grave goods of the Lombard necropolis of Cividale.

magnificent lagoon village also called ” Isola del Sole “, is one of the most important seaside tourist destinations in the region. Worth seeing is the early Christian Basilica of Sant’Eufemia, where the bell tower stands out on the right side and an octagonal baptistery, separated from the structure, dating back to the fifth century.

thanks to its star-shaped urban structure it is a pearl of aesthetic perfection, unique of its kind in Italy and in the world. Undoubtedly worth seeing is the Piazza Grande where there are the main buildings of the city, such as the Duomo, which represents the best example of Venetian architecture in Friuli.

it is one of the most famous urban centers of Friuli and of the whole Alpine arc thanks also to its geographical position. Here, in fact, there is a meteorological station of international importance as it monitors the climatic trend of the area and makes it a scientifically relevant point of reference. In the historic center the following stand out: the Cathedral of Saints Peter and Paul and the eighteenth-century Church of the Beata Vergine di Loreto. But any self-respecting tourist can certainly not miss these symbolic places of the region:

European Capital of Science 2020 , it is the city of historic cafes that have hosted writers and intellectuals such as James Joyce or Italo Svevo. If you arrive from the sea, the square seems to wait for the tourist to welcome them with open arms. On the sides of Piazza dell’Unità there are: the Town Hall building, the Regional Council building, the Prefecture and the Fountain of the Four Continents. (click this link to admire this beautiful city)

“ For the Germans coming down to the South, Gorizia was the first city in which the air, the arcades of the streets, the flavors of the cuisine and the color of the wine had an Italian« taste » . This is how the writer and journalist Sergio Romano described the city. Among the most beautiful squares in the historic center is Piazza Cavour, which is outlined by the Palazzo degli Stati Provinciali, the Casa del Comune, and one of the oldest residences in Gorizia , the Casa degli Ungrispach . (click here to discover our programming)

defined ” The second Rome ” for the role it played in antiquity and for the richness of its archaeological evidence, the synthesis of the history of Aquileia is found in the Basilica of Santa Maria Assunta, with mosaics that tell stories from the Testament, in the Crypt of the Frescoes and in that of the Excavations. Added to this is the opportunity to see the old Roman Forum and admire the remains in the Archaeological Museum.

it is a spectacular construction perched on a spur of karst rock. It draws on the Gothic and the Renaissance and is interesting for its relationship with the sea in which it immerses itself with a scenographic architecture of stairs and balustrades. The castle is surrounded by a park, characterized by a great variety of plants, many of which were chosen by the Archduke of Austria during his travels. (click here to discover a splendid itinerary) You can admire the beauties just described, in our GO IN ITALY programming – click here to discover it. 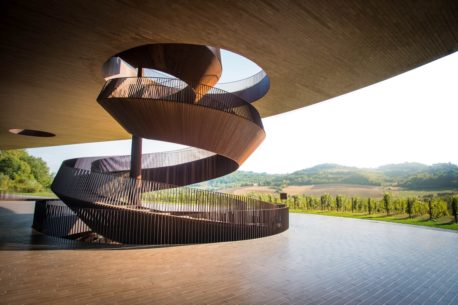 Tuscany Trekking: In the Val di Chiana among vineyards, castles and glimpses of the lake 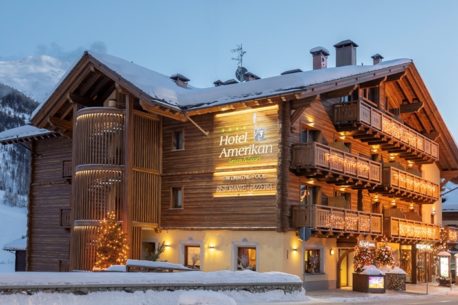 from € 74 - a notte a persona in mezza pensione 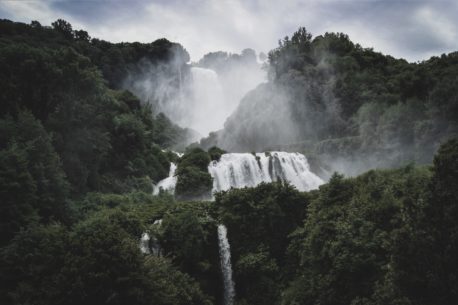 Green region, heart of Italy, land of San Francesco. These are some of the names with which Umbria is often defined, the only region in central Italy that is not bathed by the sea. Green is undoubtedly, and it is not only the position of the heart. There are places in Umbria that know how […] 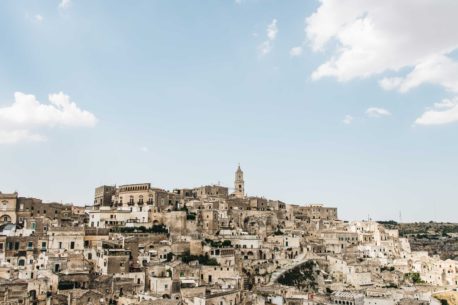 Called in ancient times Lucania, the crystalline sea , the white beaches and the villages carved into the rock are just some of the wonders that this land jealously guards. The villages are so in harmony with the surrounding landscape that sometimes it seems to look at a painting, here are some examples: San Fele […]